One of the positive side effects of the pandemic has been reduced traffic on interstate highways. A group of amateur race car drivers decided to take advantage of the empty roads to revive the “Cannonball Run,” a highly illegal endurance race from Manhattan to Los Angeles. The object of this race is to make the run faster than anyone else. Teams plan for months, fine-tuning routes to consider traffic light timing, gas stations, rest stops, and construction zones. The first run in 1971 took nearly 41 hours. Subsequent runs whittled that down to just 27 hours and 25 minutes, which requires an average speed exceeding 100 mph. But, in quick succession, with the roads empty during the pandemic, that record was broken this summer, with teams clocking in at 27:54 and 26:38. This article in GQ profiles a solo driver who made the run in just 25 hours and 51 minutes, driving a modified Ford Mustang he rented at the Tulsa airport, with just one stop mid-continent to refuel.

We hope that any holiday travels you may make for the Thanksgiving holiday are at a safer, more leisurely pace, and that you and your loved ones enjoy a few days of rest! For those who are traveling out-of-state, here’s a state-by-state guide to COVID-19 restrictions put together by Forbes.

For months, Congress has been at an impasse in passing an additional stimulus package, but as this video from the Wall Street Journal explains, there are two main forces working for a new agreement, and two forces opposing such an agreement. The current surge in virus cases and the economic hardships brought on by the pandemic plus the expressed wishes of President-elect Biden support an agreement by year-end. But those forces are countered by the large gap between the House and Senate versions of a support package, and continued uncertainty about control of Congress. At any rate, nothing will happen this week. However, without quick action, nearly 12 million Americans will lose unemployment benefits the day after Christmas, when two federal unemployment programs passed as part of the CARES Act expire.

Student loan payments, which have been put on pause for federal programs, may also restart in January if nothing happens before then. Borrowers do have a few options in case no agreement can be made. Requesting deferral or a different repayment plan as soon as possible is encouraged.

While the Paycheck Protection Program ended in August, there are still other resources available for small businesses. The SBA’s Economic Injury Disaster Loan program is still accepting applications, and various state and local governments still have grants and loans available. Crowdfunding sources may also have funds available.

We sincerely hope that you and your family are well and remain well. If you have any questions or concerns, don’t hesitate to reach out to us. We are all in this together! 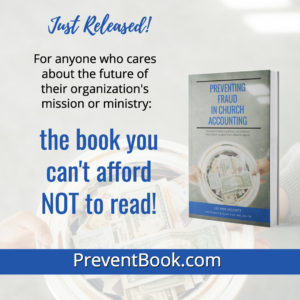 Book your free no-obligation consultation and find out how we can help your business!